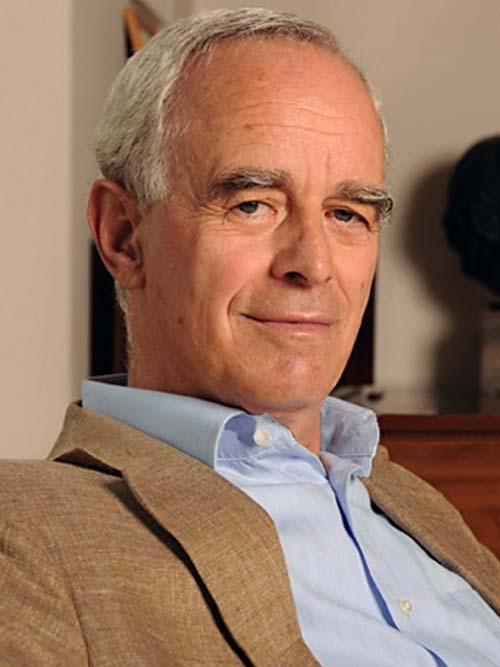 "The fact that an NDE is accompanied by accelerated thought and access to greater than ever wisdom remains inexplicable. Current scientific knowledge also fails to explain how all these NDE elements can be experienced at a moment when, in many people, brain function has been seriously impaired. There appears to be an inverse relationship between the clarity of consciousness and the loss of brain function."
– Pim van Lommel, Consciousness Beyond Life

For more than twenty-five years, cardiologist Dr Pim van Lommel has studied near-death experiences (NDEs) in patients who survived cardiac arrest. In 1986 while working at Rijnstate Hospital in the Netherlands he began studying NDEs, along with several colleagues. In 2001 they published their landmark study in the medical journal The Lancet. As the first scientifically rigorous study of its kind, the article caused an international sensation. 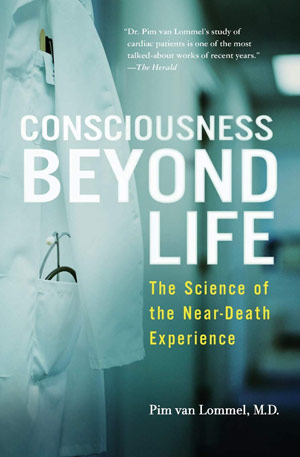 by Pim van Lommel
Harper Collins, 2011
Winner of the 2010 Book Award from the Scientific and Medical Network

Van Lommel was granted the Bruce Greyson Research Award on behalf of the International Association of Near-Death Studies in 2005. A year later the president of India, Dr A.P.J. Abdul Kalam, awarded him the Life Time Achievement Award at the World Congress on Clinical and Preventive Cardiology in New Delhi. Van Lommel then wrote the Dutch bestselling book Endless Consciousness in 2007 and later the English bestseller Consciousness Beyond Life. Since then, he has traveled the globe lecturing on the relationship between consciousness and the brain and has written chapters for several books and numerous articles about his research and its implications. Recently, in 2017 he received the Elisabeth Kübler-Ross Award from the Dutch society of Volunteers in Palliative and Terminal Care.

Because the publication of several prospective studies on near-death experience (NDE) in survivors of cardiac arrest have shown strikingly similar results and conclusions, the phenomenon of the NDE can no longer be scientifically ignored. The NDE is an authentic experience that cannot be simply reduced to imagination, fear of death, hallucination, psychosis, the use of drugs, or oxygen deficiency. Patients appear to be permanently changed by an NDE during a cardiac arrest of only some minutes' duration. It is a scientific challenge to discuss new hypotheses that could explain the possibility of a clear and enhanced consciousness--with memories, self-identity, cognition, and emotions--during a period of apparent coma. The current materialistic view of the relationship between consciousness and the brain, as held by most physicians, philosophers, and psychologists, seems to be too restricted for a proper understanding of this phenomenon. There are good reasons to assume that our consciousness, with the continuous experience of self, does not always coincide with the functioning of our brain: enhanced or nonlocal consciousness, with unaltered self-identity, apparently can be experienced independently from the lifeless body. People are convinced that the self they experienced during their NDE is a reality and not an illusion.
— Pim van Lommel, Annals of the New York Academy of Sciences

Consciousness Beyond Life: The Science of the Near-Death Experience 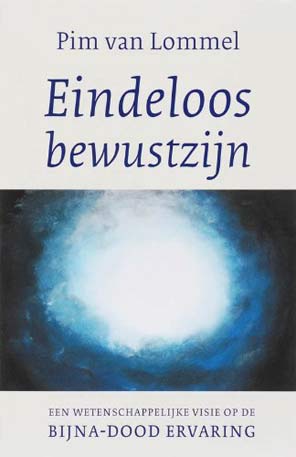 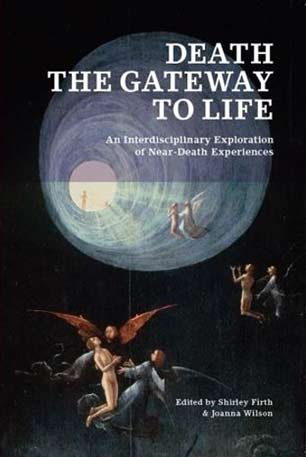 Chapter 1 of Death, The Gateway to Life 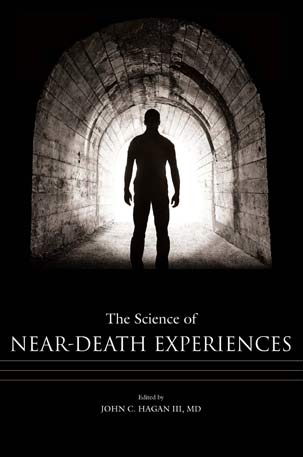 Chapter 4 of The Science of Near-Death Experiences 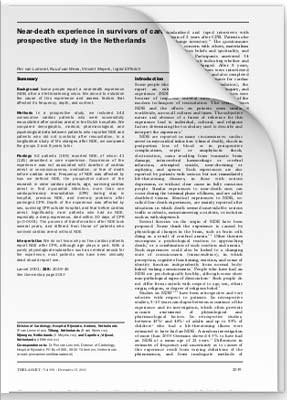 Near-death experience in survivors of cardiac arrest: a prospective study in the Netherlands

Abstract: In a prospective study, we included 344 consecutive cardiac patients who were successfully resuscitated after cardiac arrest in ten Dutch hospitals. We compared demographic, medical, pharmacological, and psychological data between patients who reported NDE and patients who did not (controls) after resuscitation. In a longitudinal study of life changes after NDE, we compared the groups 2 and 8 years later. 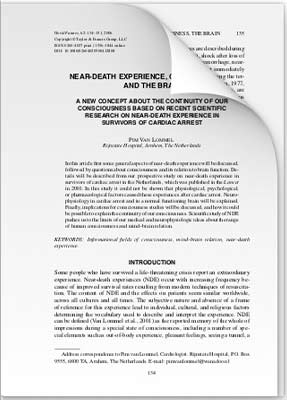 Near-Death Experience, Consciousness and the Brain 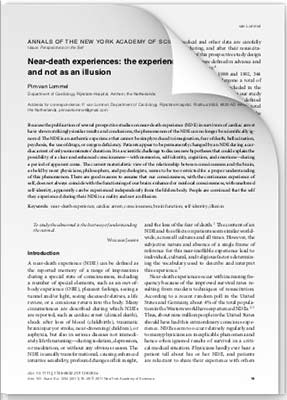 Near-death experiences: the experience of the self as real and not as an illusion 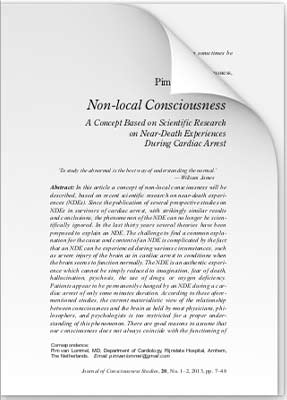 Nonlocal Consciousness: A concept based on scientific research on near-death experiences during cardiac arrest