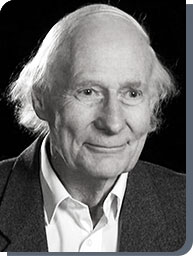 Peter Fenwick, MD, is Senior Lecturer at the Institute of Psychiatry, Kings College, London, and is associated with the Mental Health Group at the University of Southampton. He is also Consultant Neuropsychiatrist at the Maudsley Hospital and at the John Radcliffe Hospital in Oxford, and holds a visiting professorship in Japan, where he spends three months of the year in advanced neuropsychiatric research. He was Chairman of the Scientific and Medical Network and is Chairman, of the Research Committee for the Foundation for Integrated Medicine. He has had a long-standing interest in brain function, the relationship of the mind and the brain, and the problem of consciousness. He has an extensive research record and has published over 200 papers in medical and scientific journals.

Dr Fenwick is widely regarded as an authority on the subject of Near Death Experiences and the mind brain problem. His books include Past Lives (1999) and the Art of Dying (2008), both co-written with Elizabeth Fenwick. He has also been part of the editorial board for several scientific journals, including the Journal of Neurology, Neurosurgery, and Psychiatry, the Journal of Consciousness Studies and the Journal of Epilepsy and Behaviour.

A Challenge for the 21st Century Skeptiko Interview