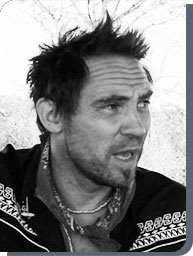 Dr David Luke completed his PhD on the psychology of luck in 2007, and is now Senior Lecturer in Psychology at the University of Greenwich where he teaches an undergraduate course on the Psychology of Exceptional Human Experience, and is also guest lecturer on the MSc in Transpersonal Psychology and Consciousness Studies at the University of Northampton. He was President of the Parapsychological Association between 2009-2011 and as a researcher he has a special interest in transpersonal experiences, anomalous phenomena and altered states of consciousness, having published 100 academic papers in this area. Dr Luke is co-editor of Talking with the Spirits: Ethnographies from Between the Worlds (Daily Grail, 2014) and Breaking Convention: Essays in Psychedelic Consciousness (Strange Attractor, 2013), editor of Ecopsychology and the Psychedelic Experiences (2013), and is also coauthor of the undergraduate textbook Anomalistic Psychology (2012, Palgrave Macmillan). David is also director of the Ecology, Cosmos and Consciousness Salon at the Institute of Ecotechnics, London, and is a cofounder and director of Breaking Convention: Multidisciplinary Conference on Psychedelic Consciousness. He has studied techniques of consciousness alteration from South America to India, from the perspective of scientists, shamans and Shivaites, but increasingly has more questions than answers.