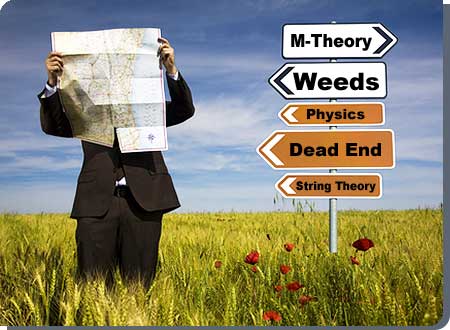 Most theoretical physicists currently work on versions of superstring or M theory, which are complex mathematical structures based on the idea that there are 10 or 11 dimensions. These theories are currently untestable and critics argue that they have therefore ceased to be scientific. Many other aspects of temporary physics are also untestable, such as the multiverse theory, and conventional cosmology depends on the postulation that 96% of the universe is made up of dark matter and dark energy, whose nature is unknown. Some physicists are worried that physics has lost its way: See for example Lee Smolin's book The Trouble With Physics and the writing of George Ellis.