Open Question: Are the laws of nature fixed? 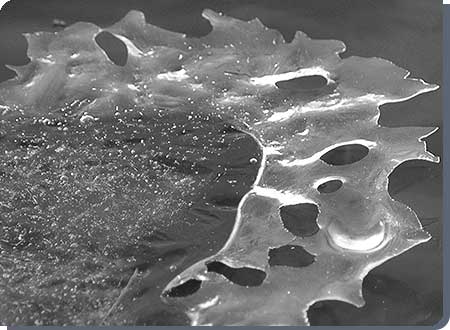 Most scientists take it for granted that the laws of nature were fixed at the moment of the Big Bang, and many assume that the fundamental physical constants were fixed as well. This assumption underlies many of the discussions about the cosmological anthropic principle and the debate between proponents of the universe and multiverse. However, in an evolving universe the regularities of nature may be more like habits than laws and depend on an inherent memory within the natural world. The philosopher CS Peirce suggested this idea in the early 20th century.

In his hypothesis of morphic resonance, Rupert Sheldrake suggests that memory works through a transfer of information between self-organising systems on the basis of similarity, with this resonance taking place from the past to the present. Each species has a kind of collective memory and on which each individual draws, and to which it contributes. This hypothesis is discussed in detail in Sheldrake's book A New Science of Life (Called Morphic Resonance in the US) and The Presence of the Past, his main theoretical book. A similar idea was proposed by a theoretical physicist Lee Smolin in his book Time Reborn. Lee Smolin calls his hypothesis the 'principle of precedence'.

"What we are showing is that decay constants are apparently not fundamental constants of nature."
— Ephraim Fischbach, Purdue University