The Presence of The Past 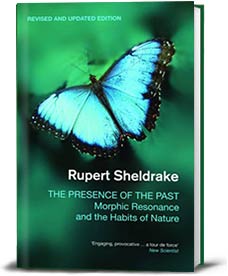 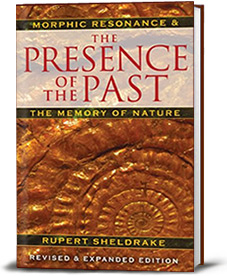 Challenging the fundamental assumptions of modern science, this ground-breaking radical hypothesis suggests that nature itself has memory. The question of morphogenesis - how things take their shape - remains one of the great mysteries of science. What makes a rabbit rabbit-shaped? How do newts regenerate limbs? Why are molecules shaped the way they are? Why do societies arrange themselves in certain predictable patterns?

According to Sheldrake's hypothesis of formative causation, these questions remain unanswered in part because convention is hobbled by the reductionist assumption that finding the answers to such questions is largely a matter of figuring out the machinery of nature, of getting to the bottom of an ultimately mechanical universe. But, Sheldrake suggests that nature is not a machine and that each kind of system - from crystals to birds to societies - is shaped not by universal laws that embrace and direct all systems but by a unique "morphic field" containing a collective or pooled memory. So organisms no only share genetic material with others of their species, but are also shaped by a "field" specific to that species.

"Few of us recognize revolutions in the making. Anyone who wants to be able to say in the future, 'I was there,' had better read The Presence of the Past."
— Nicholas Humphrey, author of The Inner Eye

"Bold, clear, and incisive, Sheldrake's thesis constitutes a sweeping challenge to the very fundamentals of established science. It may outrage or delight, but it will never fail to stimulate. Sheldrake has a remarkable ability to identify the weak spots of scientific orthodoxy."
— Paul Davies, author of The Edge of Infinity

"So compelling that it sets the reader to underlining words and scribbling notes in the margin."
— Washington Post

"Rupert Sheldrake is the most controversial scientist on Earth."
— Robert Anton Wilson, author of Prometheus Rising and The Illuminati Papers